Hey there! Download African Afrobeat Instrumentals on FreakSonar. Look no further and do yourself a favour by visiting our beat store, listening to our beats and making that new African wave with it.

But… As usual, Lemme run y’all through some of the musical traditions and culture of Africa.

The Musical Traditions / Culture of Africa.

The musical traditions / culture of Africa are as wide and varied as the continent itself. Traditional music varies by region as well as by tribe, and it is impossible to give a brief but comprehensive discussion of the music of Africa. However, much traditional African music does share some characteristics. Drums are widely used throughout the continent and are the most representative instrument of Africa. Music and dance traditionally were so much a part of life that they could not be seen as separate from everyday living; in fact, in many cultures there is not even a separate word for music. Music and dance are used for special occasions such as births, marriages, coming of age ceremonies, funerals, battles, hunting, and more. Music has been passed down orally from one generation to the next and by hands on teaching, not by sheet music or written means. Learning about some of the regional musical traditions of Africa gives a peek into the musical traditions of the whole country.

North African music has strong Arabic influences due to the Islamic expansion during the middle ages. Many people do not consider North African music to be traditional African music because it is so different from the music of the rest of the continent and because it has had so much foreign influence. The music of North Africa employs the use of the zither, lute, and rabab, a two stringed instrument that uses a bow. Music is accompanied by Arabic songs. Egypt and Morocco have been home to Arabic music.

West Africa has a rich and diverse musical culture and is described as having the most complex instruments and rhythms of all of Africa. This region was home to one of the most advanced ancient civilizations, the kingdom of Mali. Court culture thrived here, giving birth to griots which are similar to European bards. Griots are professional historians, story tellers, musicians, advisers, and singers all in one, who travel from village to village performing. Griots have memorized many traditional songs and stories that have been passed down from generation to generation only orally; they hold a wealth of knowledge. Griots can still be found living in West Africa today and come from a variety of tribes such as the Hausa, Mandinka, and Bambara. The kora is a famous musical instrument from West Africa-kora players usually come from griot families. The kora is a type of harp with 21 strings; the sound resembles a harp or a blues guitar. The djembe, a loud type of goblet hand drum used for solos, also hails from this region. It is hard to generalize one style of music from this area; Liberia alone holds over 20 different tribes each with their own customs. Traditional music is usually performed by ensembles rather than solo singers, and uses a wide variety of drums. The talking drums of the Yoruba tribe come from this area-they are hour glass shaped drums held under the arm that mimic speech. Traditionally, they were used to communicate with others over long distances. 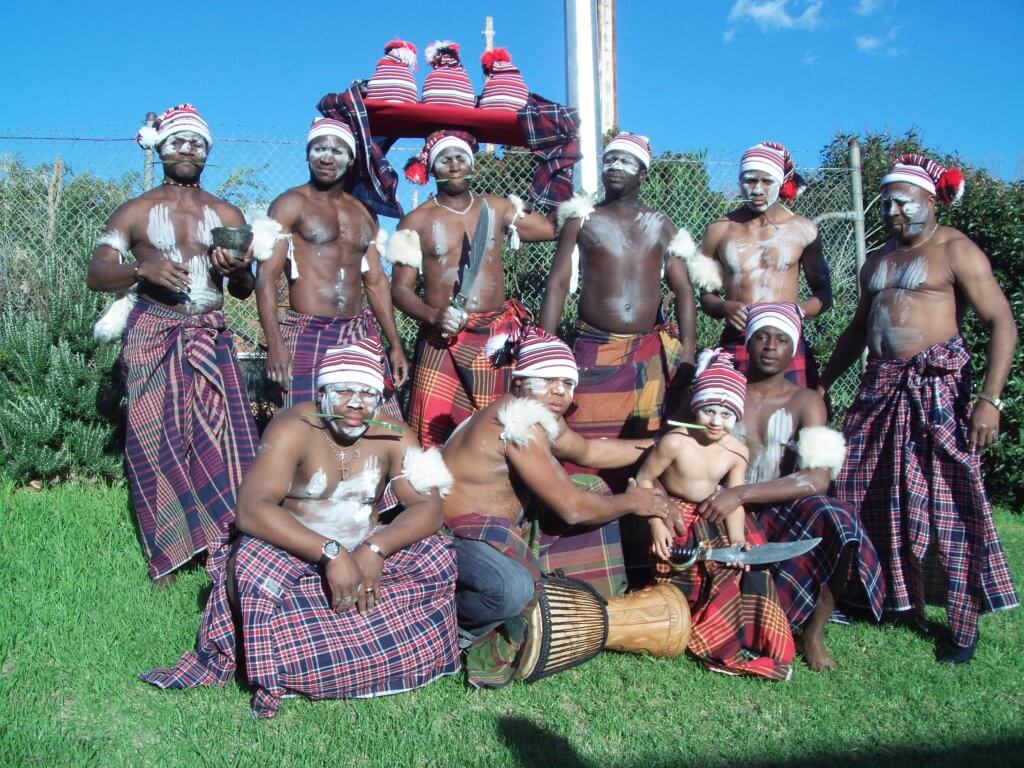 The traditional music of East Africa consists of rich rhythms important in dance and in everyday life. Some tribes choose slow, elegant rhythms while others choose hot, fast rhythms. The most popular instrument is the drum, and drum ensembles of various sized drums are often used but usually not more than six. In some dances, dancers carry small drums that they play. Clapping accompanies music and dancing throughout this region. Kenyans have traditionally made a wide variety of intricate musical instruments out of gourds, shells, leaves, horns, hides, and other natural materials; in more modern times they have used wood, plastic, tin, and iron. Even children learn to make instruments with seeds, leaves, shells, or anything they can find. The Luo and thum lyres, and of course drums, are very popular. The Kamba tribe is known for dancing that is almost acrobatic. The Luhya are famous for an energetic dance called Sikuti (the name for drum) where pairs of male and female dancers dance to drums, bells, whistles, and horns. Taarab music, which is largely influenced by Arabic traditions, is also native to this region.

The Congo region and the Central African Republic are home to many tribes. The Congo is home to the Ituri rain forest, where various pygmy tribes live. Traditional pygmy music is mostly vocal and is reverent of nature; since the tribes are nomadic, they do not use many instruments. The sanza, which is a type of thumb piano, drums, or the stick zither are used to go along with the singing. Singing is done in groups rather than singly. Hunting and gathering songs and religious songs are prominent. Conversely, non-pygmy tribes use many instruments such as zithers, makata sticks, gongs, harps, drums, and lyres.

South Africa is home to the Bushmen of the Kalahari Desert, whose culture, and language are unique among the people of Africa. They communicate with clicks, sounds, and gurgles that have influenced other groups around them and their music. Their music contains few words and short syllables. The Kung tribe of Bushmen makes music for most of the day; the sanza is a popular instrument in the region, and it is used with both dancing and singing. The one stringed fiddle is also played. In Zimbabwe, among the Vatapa people, xylophones of all sizes are played in groups; some are even carried on the back, while others are so large that stands have been erected to reach them. Traditional music of the south in general tends to be less complex and uses the least percussion.

While the traditional music of Africa varies by region and by tribe, there are some common elements. Music holds communities together and sometimes even defines a person’s place in society; music is used for recreation and also to mark important life events like marriage, childbirth, battles, and coming of age. Almost all regions emphasize the use of drums, rhythm, repetition, and call-response patterns. Today, modern music is becoming predominate in Africa, but traditional music continues to be the foundation.